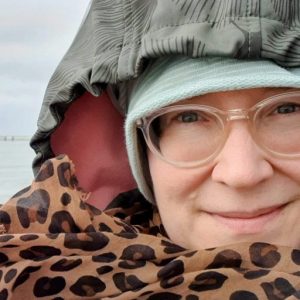 I am professor of English literature and culture (with a special focus on gender and queer studies) at the University of Cologne. Before that I was visiting professor at the universities of Bonn, Passau, and Frankfurt/Main, and (senior) lecturer in English literature and culture at FAU Erlangen-Nürnberg. I hold a PhD in English literature (published as The Pleasure of the Feminist Text: Reading Michèle Roberts and Angela Carter, Rodopi/Brill 2009) and have recently finished my second book manuscript on the intersections of law, drama, and genre in the early modern age (The Laws of Excess: Law, Literature, and the Laws of Genre in Early Modern Drama, 2020).

My research and publications focus on contemporary British literature and culture as well as on early modern England. Within these very broad areas, my specialisms include gender studies and feminist theory, neo-Victorianism (and cultural appropriations of the long nineteenth century more generally), Black British writing, (film) adaptation, and, more recently, the cultural and literary implications of the fungal world; as well as early modern culture and drama (especially revenge tragedy & tragicomedy), collaboration and/in theatre, early modern piracy, and (early modern) law and literature. In both fields I am interested in popular culture and questions of canonisation and genre.

You can also find me on Twitter (@susannegruss), where I tweet primarily about my research and the challenges of parenting as an academic.

This site is part of Humanities Commons. Explore other sites on this network or register to build your own.
Terms of ServicePrivacy PolicyGuidelines for Participation